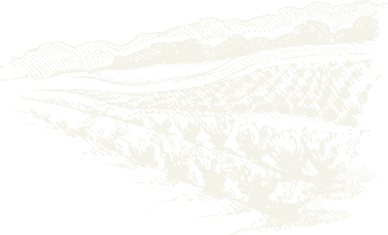 Vine-growing used to be a blooming activity in Belgium. From the 1st century AD, the Romans imported vine-growing to Gaul. Little by little, these farming practices moved northwards.

Vine-growing developed in Belgium in the Middle Ages, in the 5th century. Following the fall of the Western Roman Empire (in 476), the Frank dynasty – with Clovis and Charlemagne – stimulated vine-growing in the Meuse valley.

The first vines were planted in Amay in the 7th century, then in Huy and later in Vivegnis, to the north of Liège, on well-exposed slopes alongside the Meuse River. Wine was also produced in the Ourthe, Amblève and Geer valleys. Liège, Brussels, Bruges, Dinant, Namur, Tournai… In the 14th century, each town possessed its own vines.

The first wine-makers were bishops and monks. They produced “pure and healthy” wines, i.e. not polluted by water from wells that caused cholera and other diseases. At this point in time, the existence of microbes and the mechanism of wine-making that transform grape juice into alcohol remained unknown. These wines were used to celebrate mass and to try to cure the ill. A special mention, among many others, should go to the Abbeys of Saint Laurent, Saint Gilles, Val Saint Lambert, Val Benoît, Marche-les-Dames, the Saint Martin collegiate church and the Saint Leonard priory.

Kings, princes and lords often possessed vineyards far from their native territories, such as the Dukes of Burgundy in Brussels, Leuven, Aarschot, Namur and Mons. As for the King of France, he possessed vines in Tournai.

The disappearance of Belgian vineyards can be explained by many factors.

From the 15th century, the inclement weather conditions of the “little ice age” made vine-growing more difficult at our latitude. At the same time, beer production techniques were improving and this beverage could be conserved better. Since it was less costly and healthier, beer superseded wine.

From the 12th to 18th century, politics and wars wrought havoc on vine-growing. For example, in Namur, the vineyards were destroyed to make way for fortifications.

At the time of the industrial revolution, the increasing amount of factories was a source of pollution. The improvement of communication means and transport (by road and via water-ways) facilitated trade. Belgium was more accessible to French, German and Spanish wines, which had a better reputation than the local wines.

The increase in the size of towns and cities also brought with it the need for more farming land, to grow vegetables, hops and fruit required for the population’s daily consumption. Furthermore, many gardens were replaced by housing. Market gardening gradually took over from the eldest vine-growing areas. The vineyard workers preferred to go and work in factories where the wages were a lot more attractive.

In the 19th century, vines had virtually disappeared from our region, which was once so richly bequeathed with vineyards.

In the Middle Ages, the wines of the Liège region had “an onion peel colour and a slight taste of flint”.

The 13th, 14th and 15th centuries were the golden age of Liège wines. In daily life, consumption of wine and beer replaced water, which was polluted, in order to avoid diseases.

In 1438, the wine-makers of Liège built a hall at the corner of Rue du Pont and Féronstrée, on the route of the Légia River’s second branch. At the time, the wine-makers’ corporation was ranked as the sixth (among 32) on the list of “honest trades”. They were part of the professional corporations that themselves organised labour laws. The Liège wine-makers’ coat of arms is a bunch of grapes surrounded by two silver sickles with golden handles.

Down side streets, you can still stroll past evidence of wine-making activity in the Liège region. For example, the vide-bouteilles, stone buildings where the wine-makers tested their first bottles, can be found on Rue des Bégards and Rue Monulphe in Liège, or near to the collegiate church at Amay.

In 1850, only 26 hectares of vineyards remained in the Liège region. In a preferential position, the southern side of the valley called “Little Burgundy” was still covered in vines in 1900.

In 1962, two Belgian wine enthusiasts, who did not know each other, decided to plant their first vines, one in Huy and the other at Borgloon. The first planted pinot noir (Burgundy) vines, whilst the second preferred German grape varieties (Rivaner).

This movement gradually grew in magnitude. In the 1970’s, this wine-making renewal spread to Flanders and the Netherlands, using German white grapes.

The Hageland (in the region of Leuven) became the first Belgian origin wine-making appellation in 1997: Hagelandsewijn. It was soon followed by Flemish Hesbaye, with the Haspengouwse Wijn appellation, and then the Walloons with the Côtes de Sambre-et-Meuse appellation.

In 2013, Belgian wine production amounted to 553,395 litres (as opposed to 299,191 litres one year earlier due to poor weather conditions) from vineyards totalling 184 hectares. Over recent years, the Belgian wine-making sector has undergone professionalization. Sparkling wines make up 48% of the production, 32% are white wines, 16% are red wines and approximately 3% are rosé wines.

Belgium is constantly improving the quality of its production and continues to develop Protected Designation of Origin appellations. Today, approximately twenty professional producers are currently active, without forgetting the amateur enthusiasts who are breathing new life into the region’s vines.

Vines in Belgium | The appellations